Palms are very popular plants for Sydney gardens, especially near the coast. Palms are admired for their usually quick growth, green fronds and their ability to create a relaxed atmosphere in a garden such as lush and tropical or urban oasis. Although palms are thought of as tall with a single trunk, there are also smaller palms and multi-trunked palms that are well-suited to small spaces.

Outdoors they can be grown in clumps to form a palm grove, and may be underplanted with foliage plants to add to the lush tropical feel.

In general, most palms need an open, sunny to partly shaded aspect, although some tolerate more shade and these can be grown in brightly lit spaces indoors. Like all plants, they require water while establishing, but once growing can be drought tolerant. Potted plants – whether indoors or outside – will need regular water, especially through spring and summer.

While palms aren’t highly demanding garden plants they do best in well-drained soils. To meet this need for containerised palms, use a quality mix - Flower Power recommends Supersoil Professional Potting Mix. All appreciate an annual feed in spring.

Those that don’t naturally discard their fronds may need to be groomed to remove spent fronds. Single-trunked palms can’t be pruned to control their height – removing their tops kills the palm.

Palms are usually free of pests and diseases, however some can be attacked by caterpillars. Indoor palms may also suffer from mealy bug or scale, particularly if they are growing in a very dry indoor space or in very low light.

Here’s a quick guide to five of the most popular palms for temperate gardens. This selection makes a good starting point for those who want to grow palms. 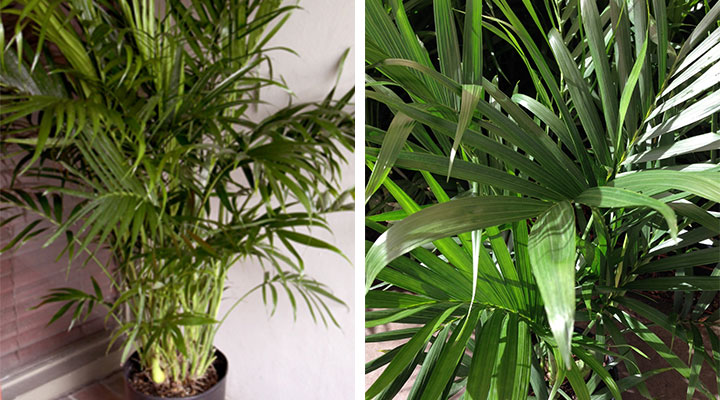 This clumping palm reaches around 2m high and forms a leafy clump in the garden or in a large container. It is a tropical to subtropical palm that needs some shelter from cold conditions in a temperate zone. Cascade palms are also very popular to grow indoors. 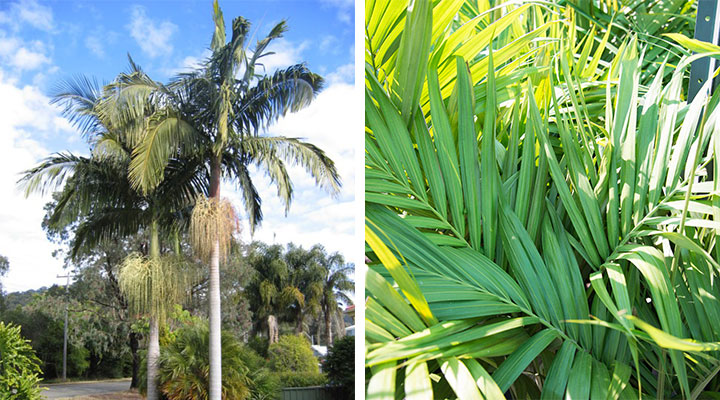 This is a native Australian palm that can grow up to 20m high. It has a single trunk and graceful fronds. In summer it has clusters of violet purple flowers that form red fruit which is then eaten by birds. It can be planted in groves and adds a tropical touch to a temperate climate garden. 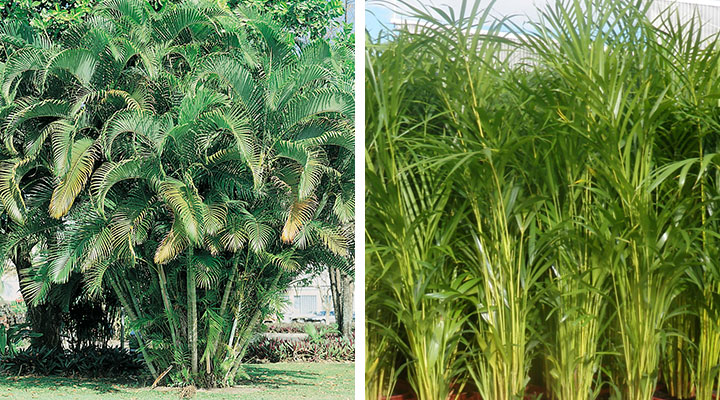 This is a very popular and attractive palm with light golden-toned fronds. It forms a clump of multiple stems and can be grown in the ground in a small or large garden or in a container outside or indoors in a brightly lit spot. Expect golden canes to reach around 2-3m high (but they’ll be smaller indoors). 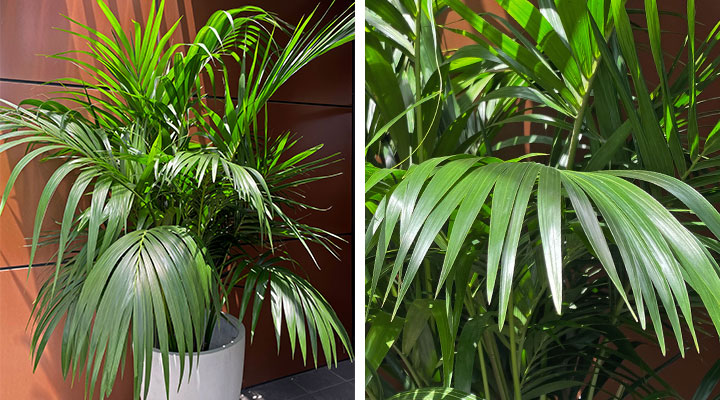 The Kentia palm is native to Lord Howe Island, a Pacific Island off the coast of New South Wales. This palm is slow-growing but can reach up to 10-12m high. As it slow-growing, it is a great option for planting in an outdoor container or keeping as an indoor plant, particularly in low-light indoor areas. 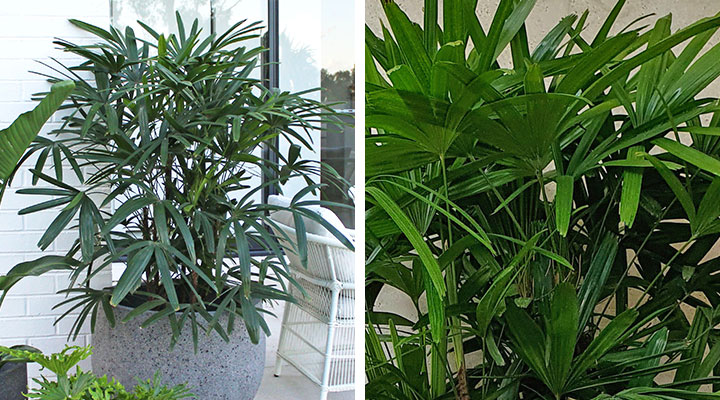 Popular rhapis palms are small, slow-growing, clumping palms for containers, small spaces such as a courtyard garden, or to plant with other palms. Despite growing slowly, they eventually reach around 3-4m high. Rhapis palms need a sheltered, lightly shaded position and are a good choice for colder areas or indoors in a brightly lit spot.