Growing your own fresh produce from seed is all the rage at the moment - and with the huge range of edible seeds available at Flower Power, it's not hard to see why people everywhere are turning their hand to seed raising. It can be both an economical and rewarding process, but it is not without its challenges. Here are some pointers to success for sowing seed and raising seedlings ready to plant.

Some seed is sown directly where it is to grow (called ‘direct sown’) but many seeds perform better when they are sown into a punnet, seed tray or small individual pot (such as a fibre or Jiffy pot), then transplanted into another pot or into the garden when the seedlings are large enough to handle. Sowing seed into a punnet or seed tray allows careful control of the growing environment to give the seed every chance to germinate and grow.

Seed packets usually carry all the information needed on where, when and how deep to sow your seeds, so always read the packet carefully before starting - and remember, each seed variety you plant will vary a little. As a guide, sprinkle small seed thinly over the surface or along a shallow row, then lightly cover with a fine layer of seed-raising mix or an inert product such as vermiculite. Larger seed can be pressed into the seed raising mix to a depth of around 20-50mm, spacing each seed several centimetres apart in a row (again, always refer to the seed packet for the recommended spacing between each seed).

So that you don't confuse your crops, put a marker or label in each punnet. Note the name of the crop and the date of sowing (as a guide to when germination may occur). To stagger harvests, plant a small number of seeds every three-four weeks rather than sowing the entire contents of the seed packet in one go. Keep seed packets in a cool, dry spot away from light, moisture and rodents.

Once the seeds are sown, place the punnets in a brightly lit but well-protected spot such as on a veranda or patio. To reduce drying out and increase humidity, seedling punnets or trays can be placed into a foam box and covered with glass or plastic to form a mini glasshouse. There are also small propagating systems available at garden centres designed to make seed raising easier. These include seed trays and an adjustable clear plastic cover. 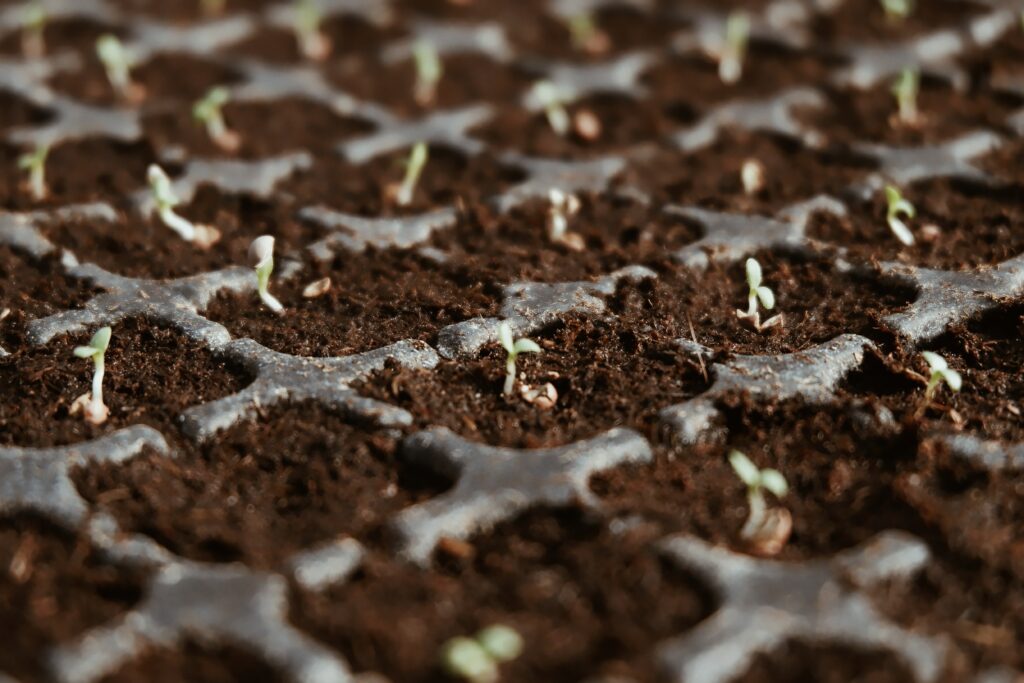 Seedling trays are a great way to start your seeds off.

Plants that grow best when the seed is direct sown include large seeds such as broad beans and peas, and those plants that resent being transplanted such as carrot and parsnip.

To direct sow, prepare the area where the veggie is to grow so that soil is raked even and is free of weeds, stones, clods and roots. Water the soil so it is evenly moist, then sow seeds either by sprinkling along a row or, for larger seeds, by making a furrow in the soil, placing each seed into the furrow and then lightly covering the seed.

As with seed raising in a punnet or tray, consult the seed packet for information about planting depth and spacing, as this varies from plant to plant. Put a marker or label at the top of the row where the seed has been sown. Note the name of the crop and the date of sowing (as a guide to when germination may occur).

Keep the soil moist, but not wet. A tip for fine direct-sown seed such as carrot and parsnip is to cover the seed row with a plank of timber for the week or so before germination occurs. As the seed begins to germinate, remove the plank.

One of the reasons for sowing seed in a clearly-marked row in the veggie garden is that it helps distinguish between the vegetable seedlings and unwanted weed seeds which may also germinate in the soil around the vegetables and which need to be removed.

Once a seed is sown and germinates with leaves and a stem, it is a seedling. Germination varies with the type of veggie that’s being grown. Fast-growing seeds such as radish can germinate within a few days of sowing, but other seeds such as spinach can take one to three weeks.

As the tiny seedling grows, it needs to be watered gently (for example, using a misting bottle or a watering can with a fine rose) and kept in a brightly lit situation. If the seeds were germinated in a propagating unit (such as a box with a glass lid) or indoors, the punnets should be taken out and placed into a brightly lit but sheltered spot. This process is called hardening off and readies the seedling for its life in the garden.

As the plants grow to around two weeks old with several leaves, they can be watered with liquid fertiliser such as Powerfeed or Harvest, which can be applied once a week according to the rate recommended on the container.

Thickly sown seedlings need to be thinned out as overcrowding can lead to fungal problems such as rotting. To thin out seedlings, carefully remove unwanted seedlings from the row. Thin to the recommended spacing given on the seed packet (for example, 20cm). One way to avoid sowing fine seed too thickly is to mix the seed with a coarse material such as dry sand, then sow the seed and sand mix. This spreads out the seed. Some seeds are also available as seed tape (a biodegradable tape with embedded seed) to avoid sowing too closely.

Let seedlings in punnets or trays grow for several weeks or until they have formed a good root system and are large enough to handle. This means they’ll have several leaves and there may be signs of roots protruding from the base of the seed tray. At this stage, seedlings can be planted into the vegetable garden or transplanted into a small individual pots to grow on. Keep up the regular watering, feeding and pest protection. 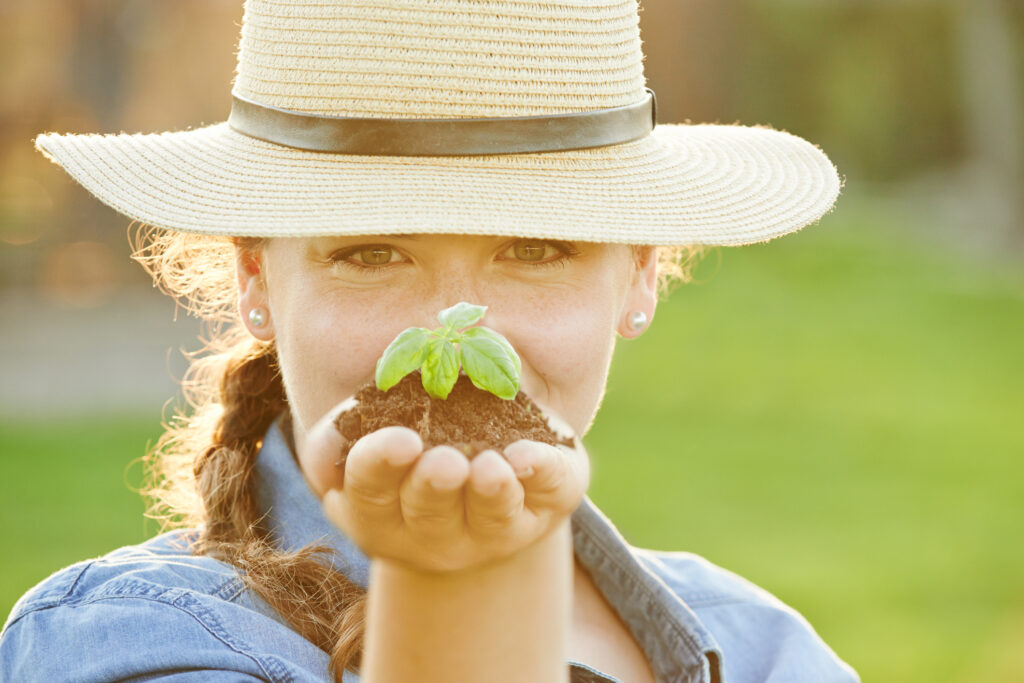 Once your seedlings are ready, transplant them into their future home - whether it's a vegie bed or container!

Seedlings are very vulnerable to pest attack. Protect seedlings from pests such as snails, slugs and caterpillars. Use snail bait to protect against snails and slugs and a registered caterpillar spray if caterpillars are spotted. Always gently squash any pests that are seen as they can destroy a small seedling very quickly.

For added protection against caterpillars or other pests such as birds, use a fine white net cover. Keep it above the plants with a lightweight frame. Also cover seedlings or potted vegetables overnight to protect them against four legged pests such as possums.